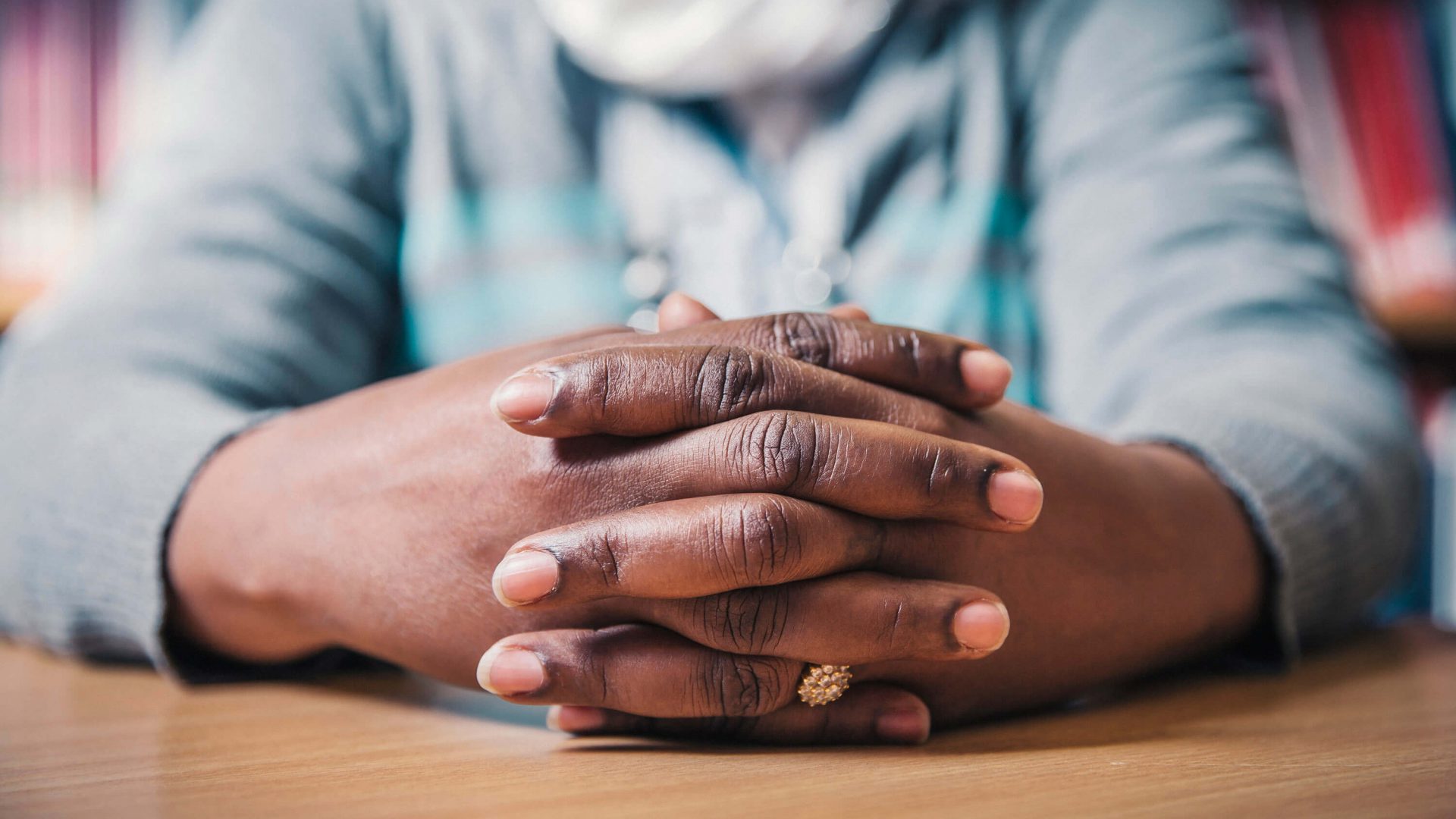 Corporation Members Governing bodies vary in the size and in the balance of the various types of members they have. The balanced membership of the City of Bristol College Corporation ensures that it has the benefit of views from the community served by the College, its learners and staff, its local authority and the business community.

All governors are appointed as individuals, including staff and student governors. They are required to put the interests of the Corporation and the College first and are not allowed to accept a mandate from any other organisation.

Peter Rilett (Chair of the Corporation)

Peter Rilett was a Senior Partner with KPMG Bristol for over 33 years before retiring.

Having served as the Chair of the North Bristol NHS Trust Board for several years.

Peter is also a board member of St Monica’s Trust, Business West and is a non-executive Director for, and advisor to, a number of local companies.

Geoff Channon retired in 2011 from his post at UWE as Pro Vice-Chancellor, Learning and Teaching and the Student Experience and Professor of History. He then worked for the Higher Education Academy as Deputy Chief Executive Officer and is now an independent higher education consultant and historical biographer.

He joined the Board of City of Bristol College in August 2013. He is currently a Vice Chair of the Corporation and Chair of the Curriculum and Quality Committee. He also serves on the Search and Governance and Remuneration committees. Geoff’s particular interests are in academic planning and quality assurance.

Richard is a chartered accountant and former audit partner at KPMG, where he worked for 31 years. He is a vice-chair of the Corporation and chair of the Business Services Committee and Remuneration Committee.

Andrea Arlidge is the founding CEO of Wellsway Multi-Academy Trust. The trust runs 13 schools in East Bristol and Bath, including primary, secondary and special schools. She has 16 year’s headship experience in three schools: Wellsway School in Keynsham 2005 – 2016; St Katherine’s School in Pill 2000 – 2005 and carried out an interim headship role at Sir Bernard Lovell School in Oldand Common during 2014/15. Alongside her role as CEO Andrea is Chair of the Trust Board of the County Sports Partnership for the West of England (WESPORT). She also sits on the Ofsted South West region Headteachers’ Reference Group and is a member of Ofsted’s South West region Scrutiny Committee. In 2018 Andrea was awarded an Honorary Doctorate in Education by Bath Spa University and was named a National Leader of Education as part of a successful bid to set up the Great Western Teaching School Alliance.

Lis Anderson is a PR communications specialist with over 20 years in the industry.

Lis currently serves as Board Director of creative industries network Bristol Media and serves as a mentor for crowdfunding and finance platform Fundsurfer, which helps businesses, causes and creative projects.

Tony is a Chartered Accountant and former partner at KPMG where he worked for 34 years.

He is currently a Director at BDO LLP where he advises companies on a variety of matters including assurance and risk management issues.

Tony is a member of the Audit Committee.

Tony is also a non-executive Director of a number of locally based companies.

Steve has returned to live in the Bristol area recently after a career in London. He is an experienced further education professional, who started his career as a secondary geography teacher before entering further education. Steve took on various leadership roles in two London colleges and most recently was assistant principal with a sharp focus on curriculum, outcomes and student experience. Steve helped lead his former college to successive ‘good’ Ofsted grades. Steve was seconded to a London-wide ‘value-added’ project for two years during which he visited over 30 of London’s colleges and 100 of its schools. Steve remains a committed friend and supporter of the work that colleges do for their communities.

Steve Boardman is an experienced executive and non-executive director in health and social care. He was Director of Corporate Development with United Bristol Healthcare Trust, Director of Business Planning with the NHS Management Executive South West and Director of Strategy with NHS Bristol. He was a director of Finnamore Management Consultants, the specialist health sector consultancy, for many years. He was also non-executive Chair of Brunelcare, a Bristol based housing association and charity which provides sheltered housing, community care and nursing homes for the elderly.  After retiring from consultancy, Steve joined the Peninsula School of Medicine and Dentistry as a lecturer on their MBA Healthcare programme. He is now an Independ Review Panel Chair for the NHS.

After graduating from the University of Bath, Max has lived in Bristol for over 20 years, working in senior finance roles for businesses across the South West. Max is currently Head of Finance for Avon Barrier. He is an Associate of the Chartered Institute of Management Accountants, and member of the Institute of Directors. He has previously served as a Trustee for Frank Water, an international development charity, based in Bristol.

Brought up in Birmingham, Andy Forbes began his career as a secondary school teacher of English and Drama, before starting a career in FE. He has been Principal of City & Islington College and also of the College of Haringey, Enfield, and North East London, and before that, of Hertford Regional College. He has served as a school governor, Chair of a housing association, Chair of Oldham Race Equality Partnership, and specialist adviser to the Parliamentary Select Committee on Social Cohesion. He served for seven years as a member of the OCR Examinations Board Policy Committee, and is currently a Trustee of UCAS and Chair of the Board of UCAS Media Limited. Andy has a degree in English and an MA from Cambridge University, and a PGCE and Diploma in Management Sciences from the University of Manchester.

Dan is Senior Data Scientist at Smartia Ltd., an IOT and AI start-up, where he uses data science to provide value to manufacturing companies. He previously worked as Senior Consultant for Altran Digital, an engineering and R&D consultancy, and in various roles at Rolls-Royce. Prior to that, he worked in a number of high profile and challenging roles in the public and charity sectors, in the UK and internationally, including in the Prime Minister’s Private Office. As well as qualifications in machine learning, Dan is a Chartered Management Accountant. Dan is Chair of the Audit Committee and a member of the Remuneration Committee.

Keith has been active in the further education sectors since 2005. He was the technical training manager at EDF Energy between May 2005 and April 2008 responsible for leading a layered management team of 200 personnel, over a diverse geographical region, with an annual budget of over £7m. This time was focused on the development and implementation of a new business strategy requiring significant growth in training resources and the building of three new training centres. He was a full Governor at the City of Westminster of College (CWC) for 11 years until the end of 2015. During this time he sat on all of the three main committees (Quality, Standards and Student Affairs, Audit and Finance General Purpose) and for the last two years chaired the QSSA committee. Keith also took on the position as Vice Chair in 2015/16. He was also safeguarding champion for the college and took a very active role in ensuring the Governing body was aware of its obligations and how they were fulfilling them.

Since December 2016, Keith has been governor at City of Bristol College sitting on the Quality and Standards Committee. He has been the Safeguarding governor since July 2019.

Keith is an effective leader and implementer, offering proven deep understanding of regulatory economics, financing and strategic business planning. He has more than 25 years’ experience in the utility industry and is able to work effectively within all levels of an organisation with the demonstrable ability to manage business change in a regulated industry. Keith has been a management consultant since September 2017, owning his own management company.

Zoe is the Chief Executive of Sparkols a multi media/software company.

She has extensive experience of the industry and supporting young people reach their goals within employment.

Zoe has a passion for the employability agenda and helping people develop skills needed for the world of work.

Emma has had a wide range of experience in education, from Playgroup Leader through to Lecturer at City of Bristol College.  Initially qualified as a Primary Teacher, her passion for education led to teaching Childcare and Development at the college.

She has been at City of Bristol College for 16 years and has taught a variety of different subjects throughout that time, working with a wide range of colleagues and students.  She is currently one of the college’s Learning and Development Coaches and holds this role alongside her teaching.

Emma is always looking to develop herself personally, as well as professionally, and to work with others to do the same.

Asma is passionate about education and lifelong learning, having worked in adult and community learning for a number of years. Her experience includes working with, and for, marginalised communities including people from a wide range of diverse backgrounds across Bristol and in disadvantaged areas. Asma trained as a teacher and has taught a broad range of ages from primary to undergraduate level.

More recently, Asma has been working in the charity sector supporting and working in organisations who provide services for children, young people and families.

Jo joined Business West, in 1996 as a management accountant and progressed to be the Finance Director in 2000. In the last 20 years she has been responsible for the strategic financial direction of the company, which has grown from £3m turnover to over £15m. Business West is now recognised as one of the most influential independent business leadership organisations in the UK.

Jo is also a director of Destination Bristol, Bristol’s Destination Marketing company, Recognising Excellence and Bristol Chamber of Commerce, as well as being a Governor of her local village primary school.

Vanessa is a Director of Moon Consulting, a specialist Executive Recruitment and Consulting business, based in Bristol and London. Vanessa has over 25 years’ senior management and board level recruitment experience. She and her team work with a broad portfolio of clients both in the UK and internationally; these range from start ups, family owned concerns, private equity backed companies, major banks as well as FTSE listed businesses. Vanessa also has significant experience in the not-for-profit and charity sectors. Vanessa is a member of the Institute of Directors, sits on the CBI South West Council and is an affiliate member of the Chartered Institute of Personnel and Development (CIPD). Her other business activities include: Volunteer Committee member with The Princes Trust South West on a number of initiatives including the Red Dinner Committee, which each year seeks to raise valuable funds to support young people into education, employment or training; Co-Founder and Board Director of the Institure for Conscious Business and Board 2020; Trustee of Spike Island; Member of the South West Regional Council of the Confederation of British Industry. Vanessa is a member of the Search and Governance Committee.

Clerk to the Corporation

Corporation vacancies are advertised as they arise but for an informal discussion about becoming a governor or co-opted member, or for any other matters relating to governance, please contact Joanne Ward Tel: 0117 312 5006 or by email governance@cityofbristol.ac.uk