This Access to HE course is a one-year, full-time Level 3 course specifically designed to enable you to develop the knowledge and study skills to progress into Higher Education.

You may already have some qualifications at GCSE, NVQ, BTEC or A Level but not enough to get to university. 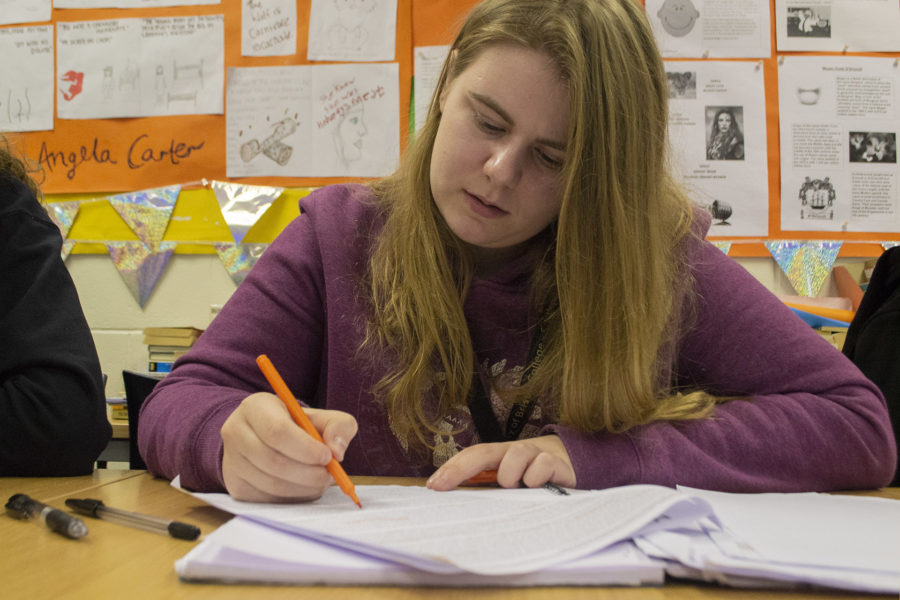 This course is for adults over 19 who want to enter Higher Education. You should already have GCSE Maths and English at Grade 4 (C) or above.

The Access course will equip you with the skills and knowledge to achieve your goal. You need to be very committed to study and focused on your career choice.

You will study English Literature, History and either Psychology or Sociology.

The Humanities pathway will enable you to study a range of topical and relevant subject areas. In History, for example, topics include women’s fight to gain the vote, the Russian Revolution and Black American civil rights before undertaking research in an area of your own choice and interest from 20th Century history.

In English you will read and evaluate short stories by Maya Angelou and Alice Walker and a range of Caribbean performance poetry (as well as enjoy a workshop with a local poet and historian). Then you will study Bram Stoker’s fin-de-siècle Gothic horror novel ‘Dracula’ before moving on to Arthur Miller’s ‘Death of a Salesman’ and Shakespeare’s classic ‘Othello’.

In Psychology you will gain an understanding of key psychological perspectives and the research that underpins them, including Psychodynamics, Behaviourism and the Cognitive and Biological approaches. You will then study Offender Profiling, Atypical Psychology and finally focus on Social Psychology including landmark studies such as the Stanford Prison study.

In Sociology you will develop a critical understanding of sociological theory and then focus on Crime, Mass Media and Health and Illness.

There are also a number of HND/Foundation Degrees at City of Bristol College.

As a City of Bristol College student, you may incur additional costs to attend your course. For example, it is likely you may need to pay for travel and stationery.

Many courses offer learning opportunities that you may need to pay for. This may include things like study visits and visiting speakers. We will let you know in advance if there will be additional costs.

If you are on a limited income, you may be able to receive help from our Learner Support Funding Bursary.

Please hover over the ‘i’ button to find out more about course fees and applications.

Humanities Access to HE Ashley Down Centre
Bristol
Course Code
LBF1512B01-1
Dates
06/09/2021 - 06/07/2022
Duration
1 years
Days
Date/Day(s) Being Finalised
Hours per week
14.00
Start Time
Enquire
Location
Ashley Down Centre
Fee
This course costs £3022. You may be able to study for free, if you are aged 19 to 23 and do not hold a full Level 3 qualification. You can also apply for a loan to cover your fees. Please contact us to discuss your payment options or visit our financial support page.
Apply

Our digital Open Event is your opportunity to
hear more about our wide range of courses
and talk to us about your next steps.