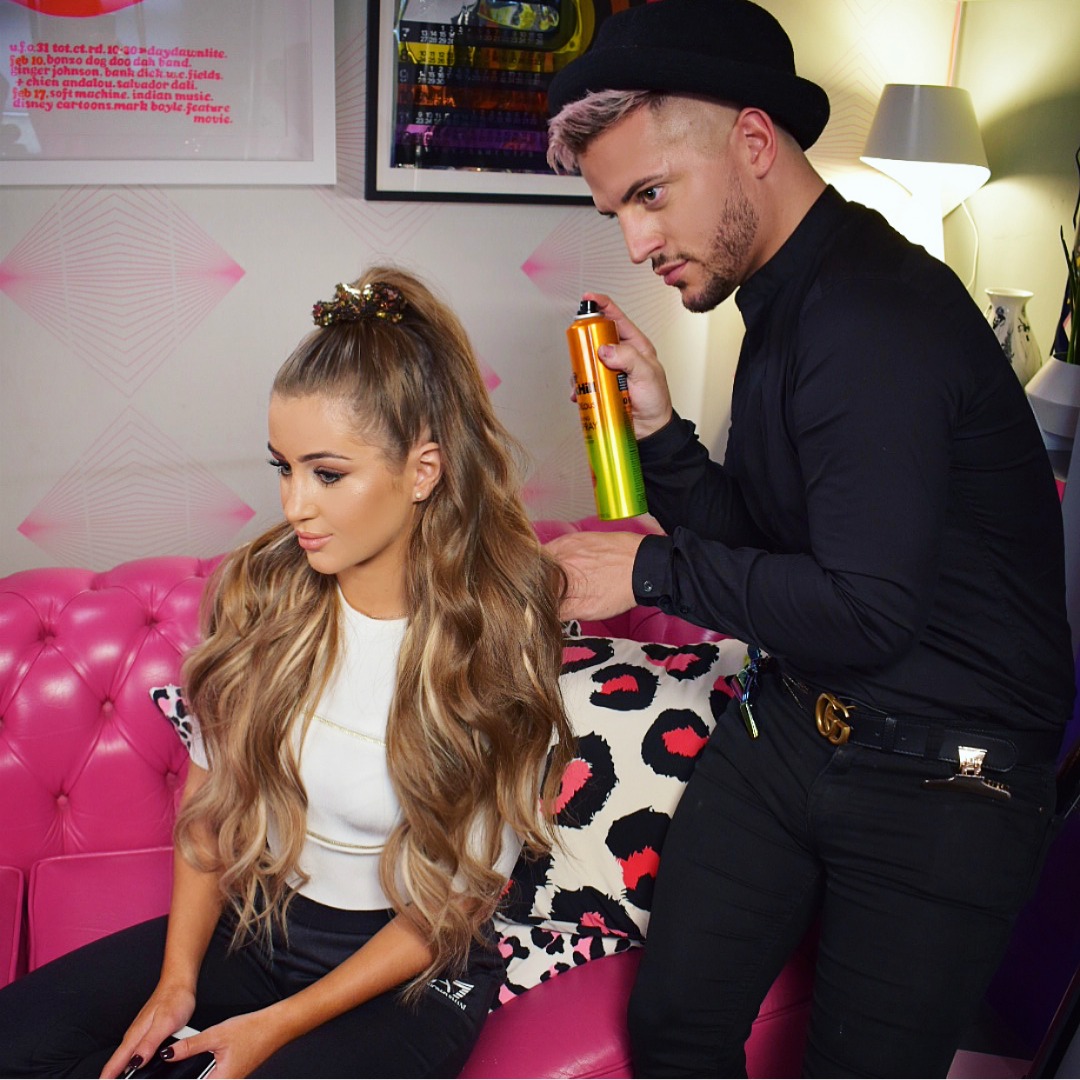 Carl reveals how his apprenticeship led to a jet-set career

A former City of Bristol College apprentice who has gone on to achieve worldwide fame for his hair styling and wig-making skills is supporting this month’s South Bristol Jobs and Apprenticeships Fair – organised by Bristol South MP Karin Smyth, City of Bristol College, Bristol City Council and the Department for Work and Pensions.

Carl Bembridge – who describes himself as ‘a Bristol boy with a dream’ – completed his apprenticeship with City of Bristol College and Cohesion hair salon in Bristol, where he still has a base. He has since travelled the world, styling hair for celebrities such as Katie Price, Michelle Keegan and Martine McCutcheon as well as Love Island stars. He honed his wig-making skills working with the Kylie Jenner’s wig-maker Tokyo Stylez.

“I always knew I wanted to work with hair. I loved hair from a young age, especially long hair,” said the 25-year-old. “I didn’t know how to get there but after doing work experience at Cohesion I learned about apprenticeships and then I found out more at eventslike the apprenticeships fair.In my industry, apprenticeships are great for building yourself as the stylist you want to be.”

The South Bristol Jobs and Apprenticeships Fair takes place from 11am-3pm on Thursday 28 February at the South Bristol Skills Academy in Hengrove. It is free to attend and will feature more than 30 employers, training providers and organisations which help people onto apprenticeships and secure employment. This includes the NHS, Avon Fire and Rescue, Babcock International, Computershare, Avon Cosmetics and Co-op Childcare among others.

Carl continues: “I would definitely recommend apprenticeships.I chose my apprenticeship because there was more practical and actual salon time, so I learnt a lot more about the environment. I looked forward to college and seeing my friends once a week – it wasn’t too much and it was never going to get boring. And I was earning money, which was new to me and a change from school.

“Secondary school was hard. I was picked on for wanting to do hair. When I chose Cohesion for my work experience other boys found out and called me names, but I’m so glad I carried on. Since I finished my apprenticeship, I went on to win numerous competitions – including Hairdresser of the Year 2015. Becoming a celebrity hairstylist known for my hair skills is amazing. I’ve got to work with TV stars from Keeping Up With The Kardashians. I now work with celebrities, travelling all over the world to style hair for photoshoots for magazines like Hello and events such as London Fashion Week.”

He added: “I’m going to keep setting myself goals to become more well-known and to become my own brand. There are no limits.”

Karin Smyth’s Jobs and Apprenticeships Fair is part of her commitment to helping young people in Bristol South get the opportunity for a decent career. The fair, which takes place ahead of National Apprenticeships Week 2019, will cover a wide range of professions including healthcare and beauty, construction and engineering, computing and finance.

Karin said: “Carl’s story just goes to show how, through apprenticeships, you can build a successful career in your chosen field. Like many school leavers, Carl has an idea of what he wanted to do but didn’t really know how to get there until he found out about apprenticeships. Working with the college, the council and the DWP, we are keen that all young people know what options are available.

She added: “The apprenticeships fair is a chance to come and talk to the employers, organisations and apprentices about how it all works and even apply for an apprenticeship. We hope to see you there!”