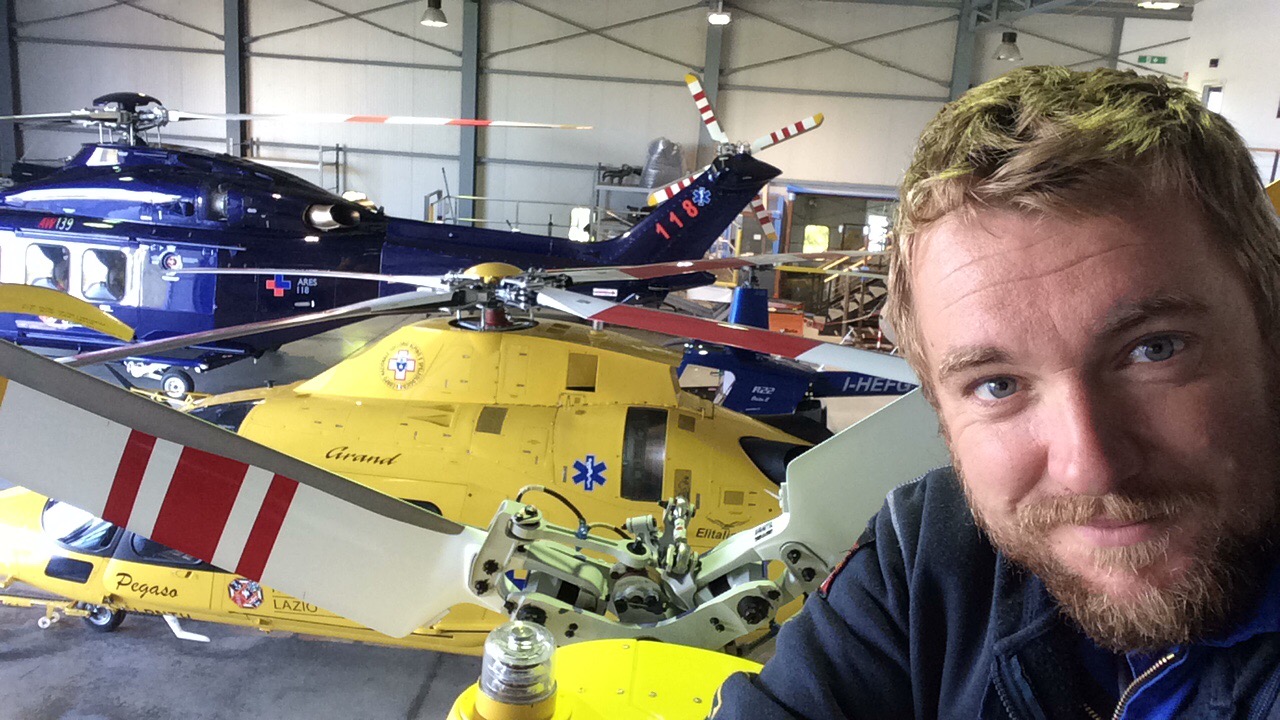 A former City of Bristol College apprenticeship student has praised the course which prepared him to enter his dream career in aviation engineering in Europe.

Jay Meakin completed the EASA Part 147 Aircraft Maintenance Training programme which helped him jump on the fast-track to gain his engineering licence. Jay said his three years ‘flew by’ as he enjoyed the independent lifestyle and course which he found interesting and engaging.

Jay said: “The work was hard and the required work ethic was strict however the quality and experience of the lecturers and staff made me feel as if I owed 100% effort and commitment to the course. The vocational nature of the course and my situation as an apprentice meant that I wasn’t job hunting at the end. However, I would not have progressed at all in my career or had any of the wonderful professional experiences I have been privileged with unless I had received the excellent education and subsequent qualification offered to me by the college.”

The young apprentice split his time working for McAlpines Helicopters and using the ‘excellent’ facilities at the college’s Advanced Engineering Centre (AEC). While at College, Jay and his class were offered the chance to help visualize what they were learning about thanks to an excessive number of aircraft parts.

Jay added: “The course content was tough and there was a lot of home study to do. The first two exams (maths and physics) made me realise just how much I didn’t know and how hard I would have to work to pass the course. Highlights were the trips to the airport where we could put our learning into practice on real aircraft. Sunbathing on the wings was a treat at the end of the day if we had worked hard enough.”

Since leaving the college, Jay has gone on to gain his engineering license and continued to work at McAlpines where his salary ‘quadrupled overnight’ as he had more opportunity to work independently and supervise other up-and-coming engineers.

But this wasn’t the end of the road for Jay, he made regular drips to Dublin, in Ireland, to tend to a police helicopter and cared for the Thames Valley Police Aircraft at the RAF base in Benson.

He then went on to gain his European license and realise a life-long dream – to move to and work in Italy.

He said: “I was asked to help establish the Government Sponsored Helicopter Emergency Service (HemS – Air Ambulance) for Turkey which included 17 helicopters and bases across the country. I worked there for two years until the project finished.

“Seven years ago, I changed jobs again and began working for the Italian HemS and I currently look after air ambulances at various Italian bases. My job is to make sure the aircrafts are always ready to fly and to fly with the aircraft on emergency missions to ensure continuous aircraft performance and safety for the pilots, medical crew and patients onboard.

“The work is challenging and well compensated. I work away from home in central Italy for two weeks a month and then have two weeks at home for rest and recuperation… although with a house and garden to renovate, a three-year-old daughter and a new baby on the way perhaps rest and recuperation are not the best words to describe it.”

Jay said the support of teachers and his time at City of Bristol College allowed him to achieve many of his professional and personal life goals. He added: “For serious students considering this course, there are numerous possibilities for future work both national and international and all the interesting life experiences which accompany those possibilities.”

Find out about engineering and manufacturing courses here or visit an Open Day for more information.