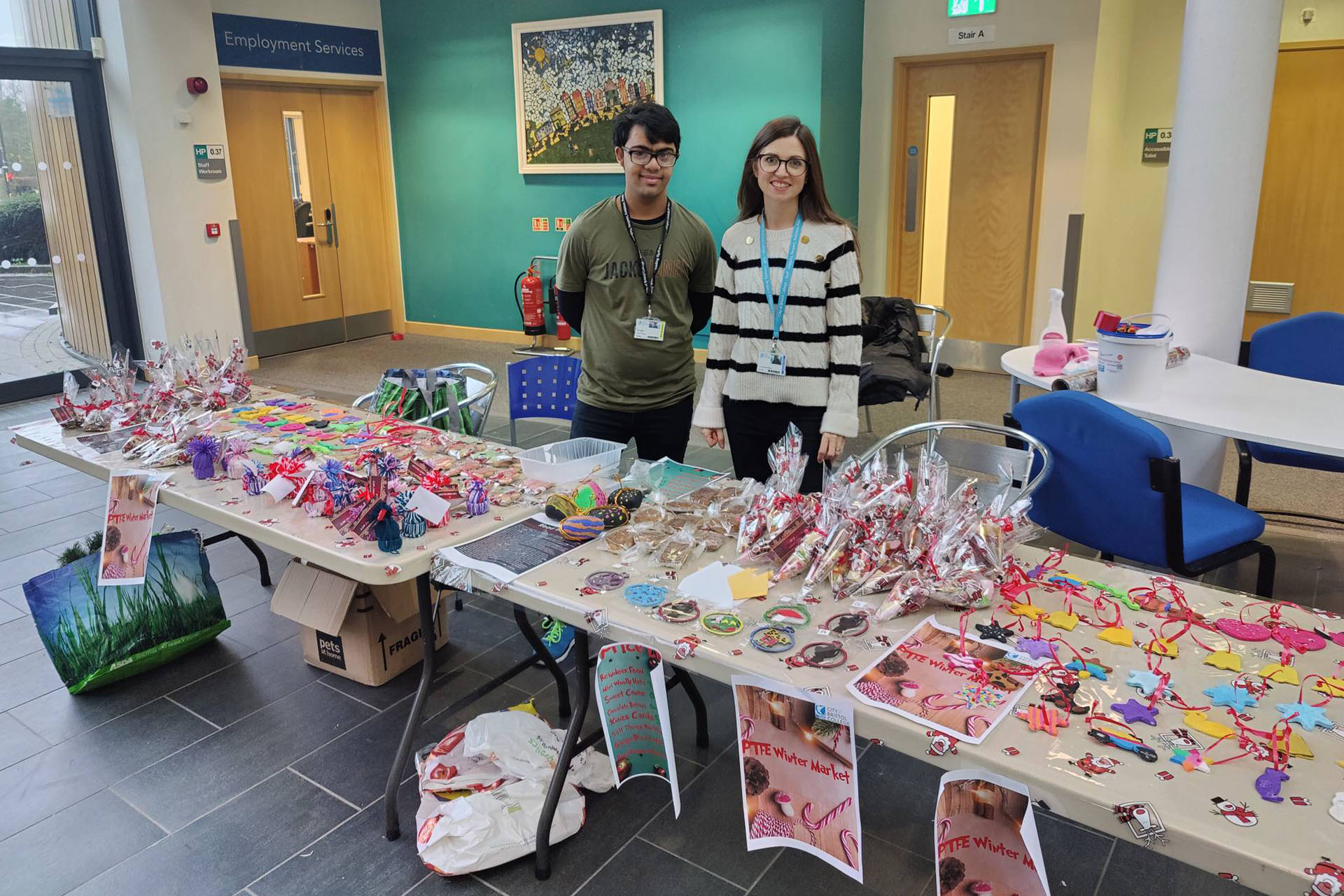 We are excited to announce the two charities we will be supporting for the remainder of the 21/22 academic year – Brigstowe and Empire Fighting Chance. Selecting two charities will enable us to make a more significant contribution throughout the year and really get to know the charities that we are raising the money for.

Our students have nominated Brigstowe as their charity of the year. Brigstowe is a charity which aims to enhance quality of life for people living with HIV and other long-term health conditions and protected characteristics.

The students have been doing a range of fundraising events and have great plans for the rest of the academic year. Activities have included hosting Brigstowe stalls at each centre to mark World AIDS Day, selling red ribbons to mark the international day and working with Creative Community to put on a film night with a focus on the HIV epidemic.
Representatives from the Student Union will be meeting in the coming weeks to plan a cross-college fundraiser day in March.

Our staff chosen charity is Empire Fighting Chance, a Bristol-based charity which fights the impact of deprivation on the lives of young people. The charity uses a combination of non-contact boxing and intensive personal support to challenge and inspire young people to realise their unique potential. The charity came from the Empire Amateur Boxing Club inn Bristol and has now grown to become a regional charity using a pioneering approach which harnesses the power of boxing.

Staff are suggesting ways to raise money and plans are underway for a plant sale and staff quiz. Events Officer Erin Hewitt said: “I am delighted we can support such great charities. Brigstowe is an incredible charity for a great cause and it is brilliant to see our students are so passionate about supporting this organisation. I know our Students Union and Student Engagement Coordinator, Fergal Clancy, is working closely with students to fundraise for the charity. I am really excited for all the event opportunities that supporting Brigstowe and our staff charity, Empire Fighting Chance, will provide. I know my colleagues will rally together in support for our future fundraising events.”

These charitable efforts are just one of the many ways the College is supporting the Good for Me, Good for FE nationwide campaign which aims to generate £1million of social value through a sustainable programme of community action including volunteering, fundraising and charitable partnerships.

We are one of more than 100 colleges across the country to join the campaign. We recently celebrated the volunteering efforts of our staff after a recent survey of our college staff revealed more than 10,000 hours of voluntary work is completed each year.

To find out more about the charities, visit the Brigstowe and Empire Fighting Chance websites.