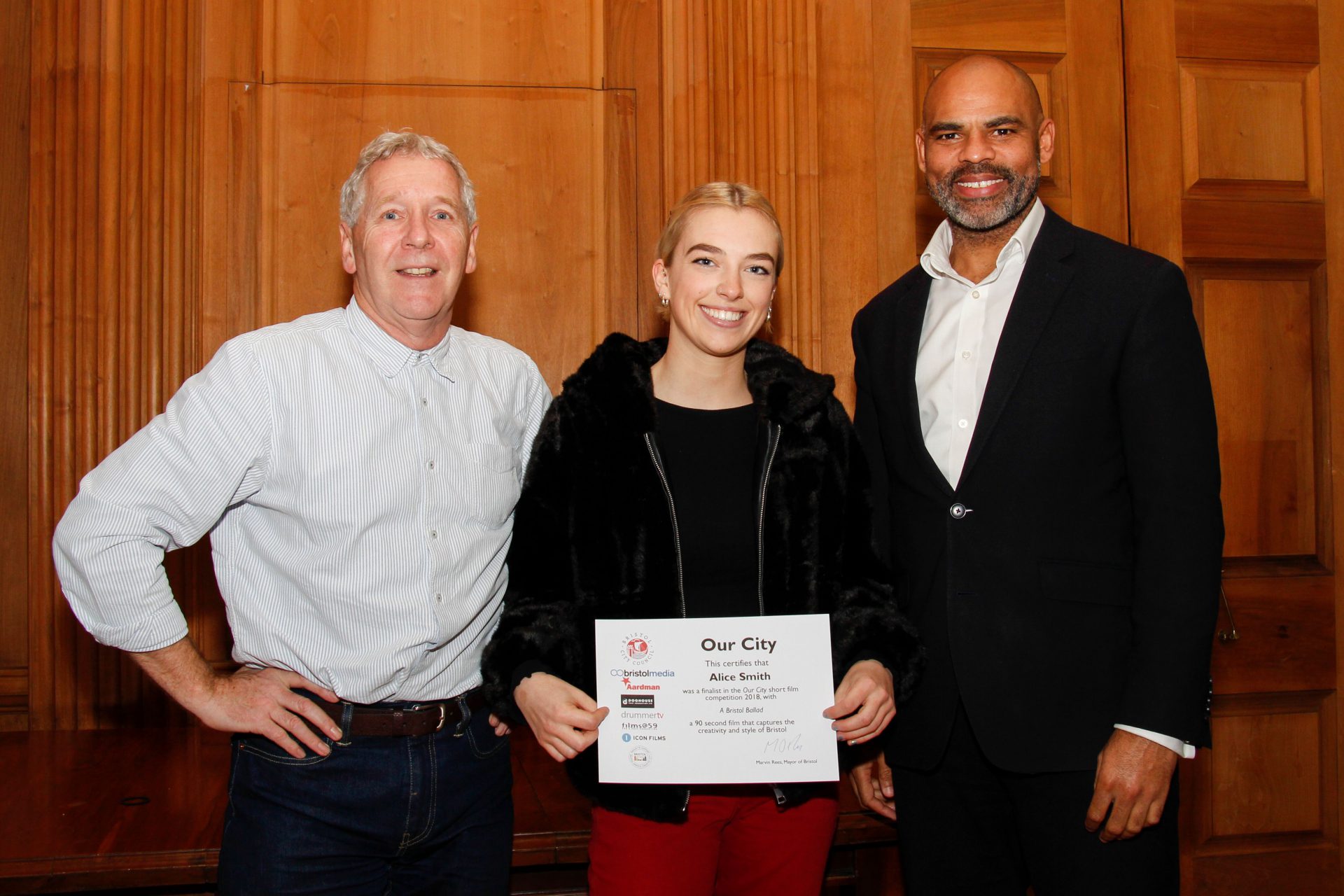 Alice Smith, Charlotte Butler Blondel and Peter Shepherd each submitted a short 90-second video around the topic of ‘Bristol’ and judges were so impressed with their work that they were selected as three of the seven finalists.

Last month, they were invited to personally accept their prizes from Bristol Mayor Marvin Rees in City Hall and have since been offered the chance to develop their production skills, storytelling and networks by working with the creative companies involved with the competition, including Aardman Animations, Doghouse Post Production, Films@59 and Icon Films.

Mayor Marvin Rees said: “Congratulations to the winners and all the finalists on their achievements. I hope this competition and expert mentoring acts as a catalyst for future creative careers.

“The creative sector is a huge part of Bristol’s economy and it has been fantastic to work with the sector over the past 18 months.

“The ‘Our City’ competition is all part of our commitment to identifying and working with the city to identify the opportunities for young, creative talent.”

Students’ entries, as well as the latest FdA Film and Media Production showreel, can be found on the College’s YouTube page.

Ben Holder, Course Lecturer at City of Bristol College, said: “I’m immensely proud of the students and the work they’ve produced for the ‘Our City’ competition –  these three films show great talent, humour and sensitivity, and are a sure sign of even greater things to come.”

Our City is an annual film competition open to students and those under 30 years of age. The idea is to create a short film, on any digital device, that captures an essence of Bristol in a unique, individual way.

To find out more about studying a creative course at HE Level with City of Bristol College, visit www.cityofbristol.ac.uk/courses or come along to our next Open Event.

Follow the Our City team on Facebook @FilmOurCity to stay up to date on their latest news, updates and career opportunities.