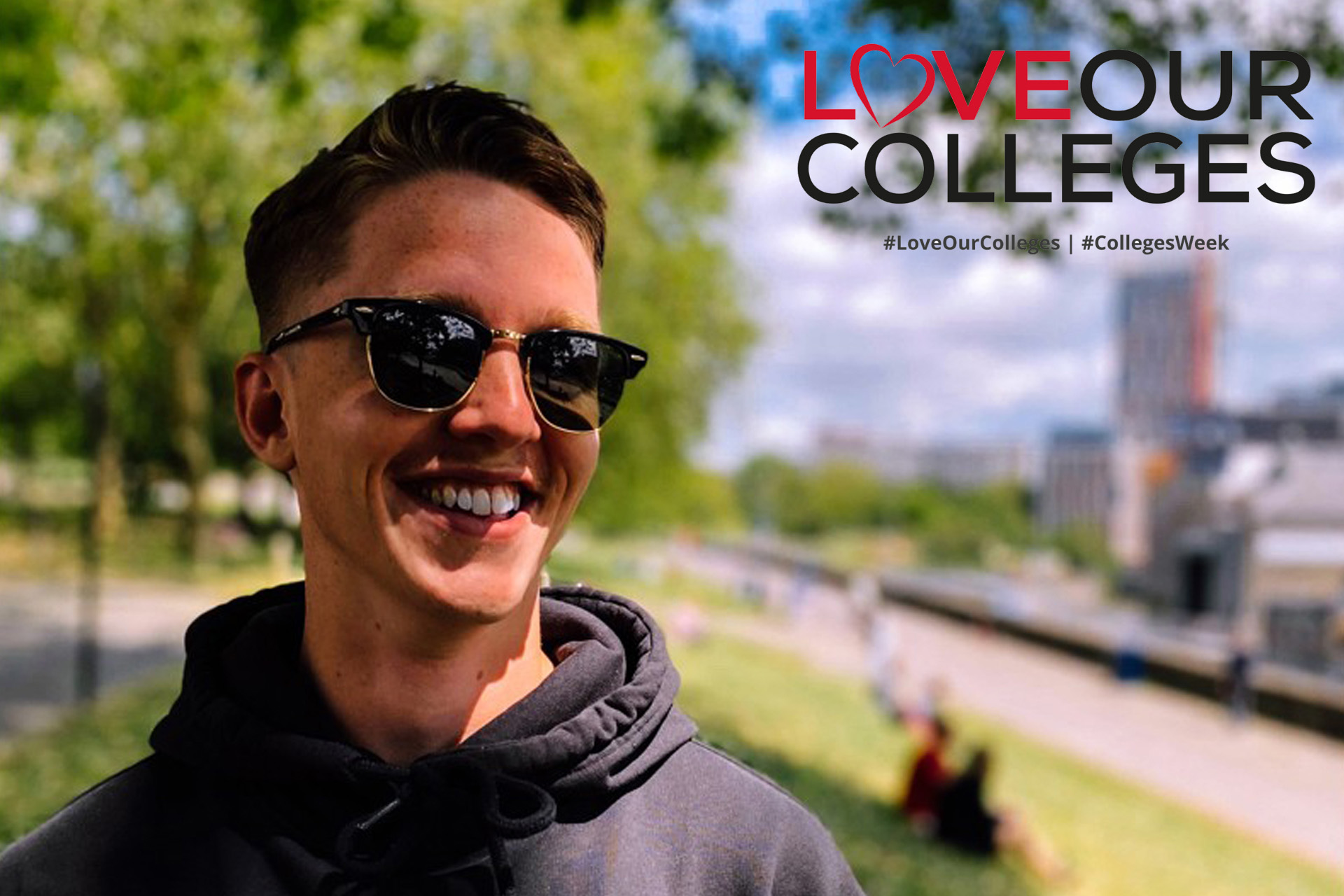 A former City of Bristol College student who completed his foundation degree in Graphic Design & Digital Arts is now a Midweight Designer at his dream agency.

Kieran Hawes enrolled onto the Graphic Design Higher Education course after completing his Level 3 BTEC in Graphic Design at City of Bristol College.

He said: “I wanted to get hands-on and continue to develop my skills as thoroughly as I could and the traditional approach felt like a step backwards for me. I was familiar with the GDIM course at COBC and its vocational, ‘down and dirty’ approach which better aligned with my way of learning.”

The vocational approach towards the degree was one of the many benefits of studying higher education at City of Bristol College.

He said: “working on real-life briefs, from research and concepting through to final execution provides a wealth of insight into the thorough creative process.” Additionally, “having the choice of various modules allowed me to define my own pathway throughout my second year, building both experience and an industry-ready portfolio that was tailored to the roles I was gunning for”

After completing his degree, Kieran was able to get a Junior Designer role and has worked with a range of creative teams across Bristol, with a personal highlight being working on global brands such as IBM. Kieran now works for Bristol’s best branding agency, Mr B & Friends.

He said: “I met Executive Creative Director, Steve Richardson and then Midweight Designer, Nathan Crosby in my second year at COBC, working on our Corporate Identity module with them. They really made an impression on me, the agency’s ethos, client roster and way of working was killer. Becoming a B’er was immediately a goal of mine.

Three years later and here I am, a year in at my dream agency, working across Brand and Digital, for some truly awesome clients around the world. It’s crazy. I owe that to this course, alongside many an all-nighter and some serious LinkedIn lurking.”

When asked for his advice to anyone considering a higher education course, Kieran said: “be prepared to learn, realise it’s not going to happen overnight, be ready to realise you’re wrong. It’s part of the fun. You have to learn the rules to be able to properly break them. Learning to do the wrong thing right takes time.”

For those studying or looking to study Graphic Design and Digital Arts, Kieran provided one last piece of advice.

He said: “Live by the mantra of good, better, but never best. ‘Best’ is subjective, scrap that. Aim to start each week a better designer than you were the last, that’s the goal. Strive for continuous progression.”

To find out more about the College’s University Centre and courses on offer, click here.

Come and enrol to start in September!

Visit the Centre you will be studying at to confirm your place.

Find out more about enrolment