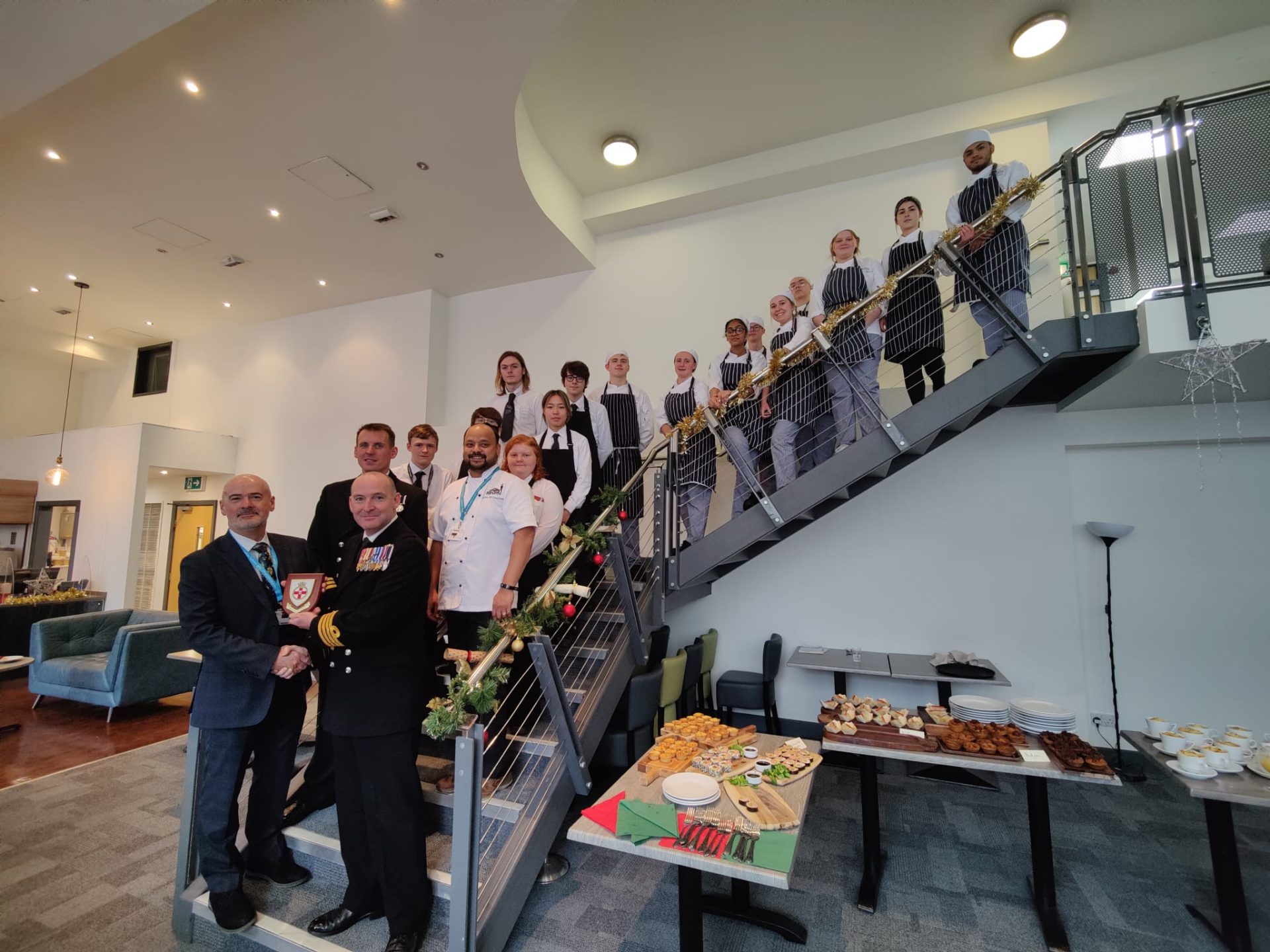 We were honoured to welcome Captain Steve Higham and his crew from the HMS Prince of Wales to the City Restaurant on Sunday 12 December.

Officers and crew from the Royal Navy’s fifth generation aircraft carrier enjoyed a weekend of events to commemorate the ship’s affiliation with Bristol.

The ship is one of the most powerful surface warships ever constructed in the UK and holds anywhere from 800 to 1,600 crew members at once.

The weekend’s events culminated with a special Evensong service at Bristol Cathedral which included the witness of the ‘Blessing of the White Ensign’ which traditionally flies on Royal Navy ships.

Ahead of the event at the cathedral, Ryan Fernandes and his Catering and Hospitality students at the College’s training restaurant served up an impressive buffet lunch for Captain Higham, Commander Weapons Engineer Shaun Riordan and 40 members of the crew.

The students received high praise from the Captain and his crew, which included some of the ship’s top chefs.

Chief Executive and Principal, Richard Harris, said: “It has been an honour and a privilege to welcome the Captain and crew of Bristol’s partnered warship to our City Restaurant. The students served up a fantastic array of food and it was a fantastic opportunity for them to cook and serve navy personnel who they could one day emulate.

“We hope to only grow the relationship between City of Bristol College and the HMS Prince of Wales as we look at creating more opportunities for our students to hear from the chefs and other crew members about their experiences, and hopefully even arrange a visit on board the ship in the new year.”