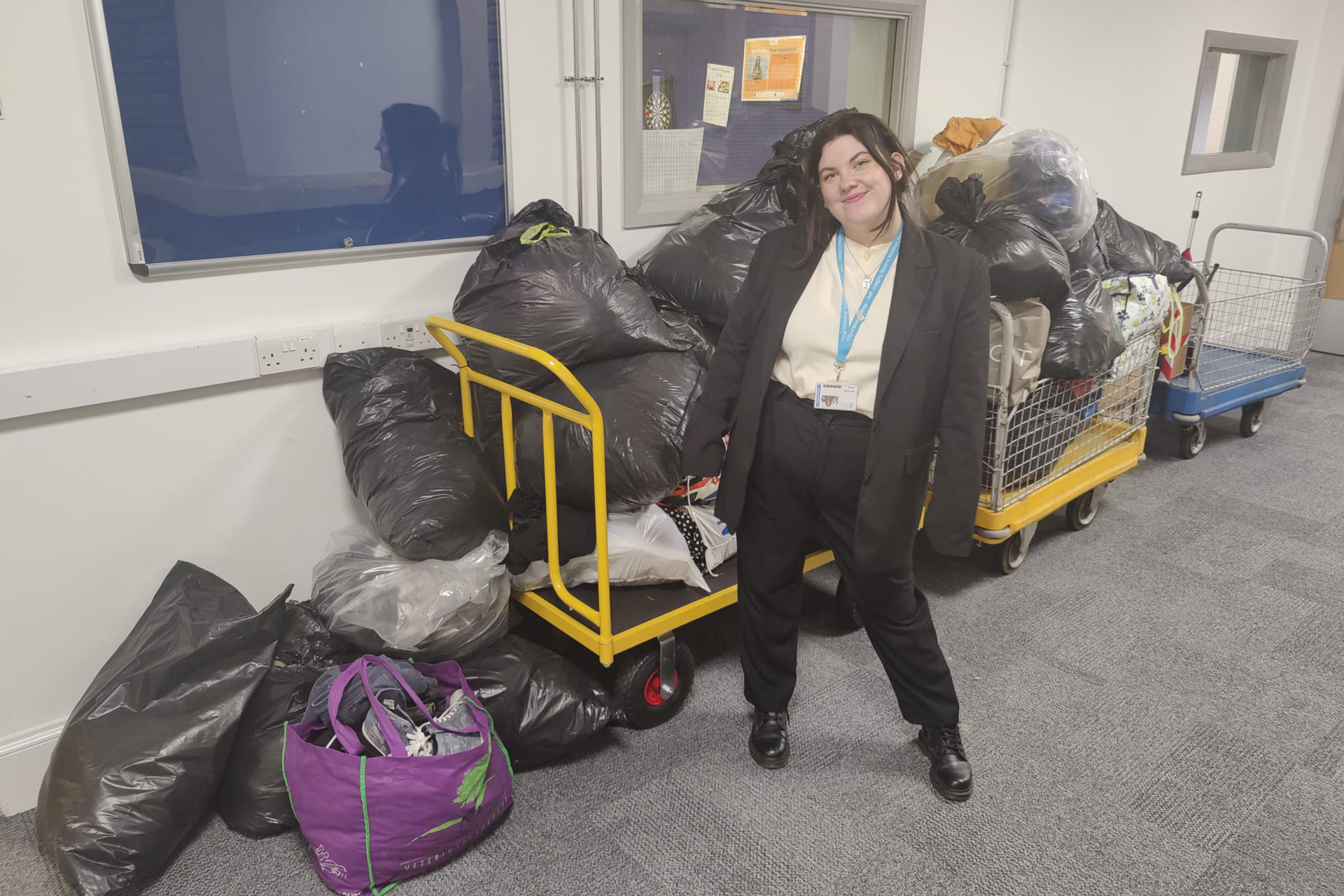 Staff and students rally behind charity with Afghanistan Crisis collection

Staff and students from our five Centres have come together to collect donations for those displaced by the events in Afghanistan.

Last week saw tables set up at each centre to collect donations of warm clothes, socks, shoes, underwear, toiletries and nappies to be given to Bristol-based charity, Aidbox.

The response to the collection was unprecedented, with the tables disappearing under bags of clothes accumulating to approximately 60 bags of varying shapes and sizes.

Aidbox, based in Montpelier, has been working with Bristol City Council to gather the emergency items and distribute them to Afghan families who have sought refuge in the city following the events in their home country.

At the College we been a long-standing supporter of refugees and asylum seekers, welcoming a large number of people from different countries onto our courses.

The College’s spokesperson, Rebekah Wilkins, said: “It was incredibly heartwarming to see the vast number of donations we received during the week. We had a range of men’s, women’s and children’s clothing as well as toiletries and nappies, the collection was incredible”.

“We are now coordinating with Aidbox to deliver these donations over the next few weeks so they can be shared out among the newest members of our community who have sought refuge in this wonderful city.”

Ten families have already been offered sanctuary in Bristol as the Government has set out a plan for the UK to take up to 20,000 refugees from the country, with up to 5,000 to be resettled in the first year.

Aidbox is regularly updating its Facebook page and website with its most ‘in-demand’ items as well as running a JustGiving page.