This course will enable you to analyse some of life’s greatest questions, and develop your critical thinking, analytical, and creative skills, while enjoying and exploring some of the greatest classic and modern works of Literature. It links well with History, Politics, Sociology, English Language, Media Studies, and Film Studies.

This course is an option within our creative and humanities A Level pathways. 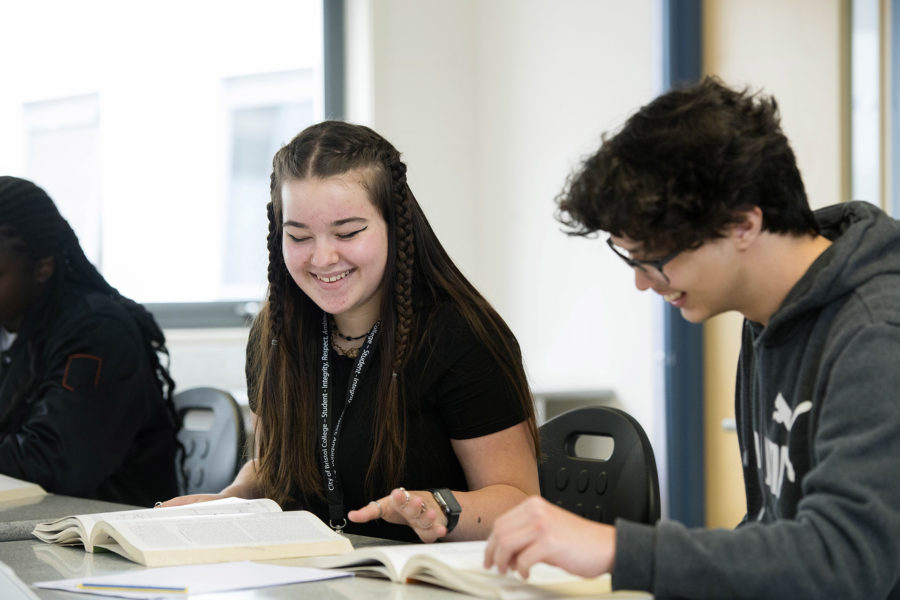 This course is for 16-18 year olds who enjoy reading and are interested in all forms of literature – prose, plays and poetry. If you enjoy engaging in discussion and writing both academically and creatively, this course is for you.

In Year 1 you will study the history and development of comedy drama, and the development of the genre conventions and sub-genres such as romantic comedy, parody, satire, and Shakespearian ‘transvestite’ comedies. We also explore the philosophy of comedy as well as schadenfreude and the dark and cruel side of the genre. The set texts are The Importance of Being Earnest by Oscar Wilde, Twelfth Night by William Shakespeare, and an anthology of comic poetry.

In Year 2 we study the history and development of crime writing, and the development of the genre conventions and sub-genres such as true crime, police procedural novels, psychological and serial killer thrillers, and golden age and hard-boiled detective novels. We also explore the philosophy of crime writing – why do we seem to have an endless appetite for stories about crime, bloodshed, violence and murder? The set texts are The Murder of Roger Ackroyd by the ‘Queen of crime’ Agatha Christie, When Will There Be Good News by the modern feminist writer Kate Atkinson, and a range of poetry in the crime genre.

For entry onto this course you will require 6 GCSEs at grade 4 (C) or above, including English and Maths.

There are three components to this course which will be assessed in two exams, and a non-examined assessment (similar to coursework)

After studying English Literature A Level you could progress to university to study literature, journalism, creative writing, teaching or any other course which requires excellent oral and written communication skills.

This course is free to anyone aged 16-18. There is no formal list of additional costs. However, if you are on a limited income, you may be eligible to receive help with these costs from our Learner Support Funding Bursary.