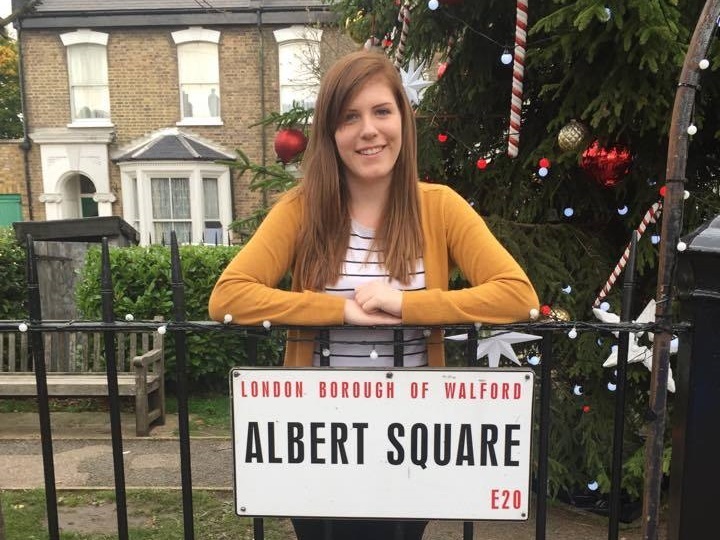 Two Creative Media students have broken into the television industry after studying at City of Bristol College.

Georgia Redman and Tom Sharp both studied on the Creative Media and Production course in different years before getting their big break in the highly competitive industry.

Georgia Redman, now aged 23 years old, left the college and went on to successfully secure an apprenticeship with the BBC. After some talks with her tutors, Georgia was advised to accept the sought-after apprenticeship as it would take her directly into employment in the industry and was ‘an opportunity not to be missed’.

The placement was working on the production side with the TV programme Countryfile for nearly a year, followed by a short stint on popular medical drama Casualty.

Once her apprenticeship year was up, Georgia successfully gained employment with EastEnders for three years. She started as an Office Runner, working her way up the ranks as a Team Assistant and then onto Production Secretary.

After a training course in script supervision, she returned to the EastEnders set as a Script Supervisor before moving across to work in the same role at Coronation Street.

She had this to say:

Tom Sharp, now 27 years old, studied the Level 3 course from 2010 to 2012. After leaving with a Distinction and two Merits he decided to take a year out before studying TV Production at Westminster University.

The young production prodigy specialised in working on sports programmes and decided to further develop his skills by completing some additional training to become skilled in producing virtual reality effects in sport.

He is now employed full-time by a company called Rugged Earth which specialises in this area.

This is what he had to say:

Students can expect to plan, film and edit a range of productions which could include, TV and radio adverts, music videos, film trailers, documentaries and short films.

You can find out more about what this course has to offer and apply on our Creative Media TV, Film and Audio Production Level 3 page.